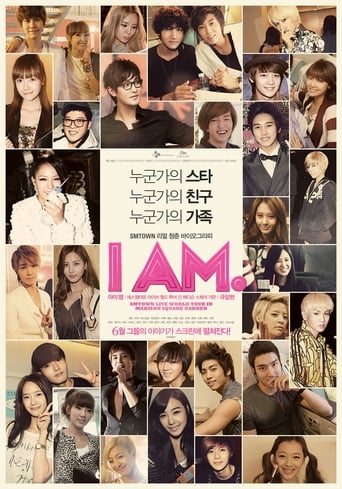 I AM. SMtown Live World Tour In Madison Square Garden

Kang Ta
Himself
Kang Ta was:
32

Jonghyun
Himself (as Shinee)
Jonghyun was:
22

Choi Min-ho
Himself (as Shinee)
Choi Min-ho was:
20

Onew
Himself (as Shinee)
Onew was:
22

Lee Tae-min
Himself (as Shinee)
Lee Tae-min was:
18

Choi Si-won
Himself (as Super Junior)
Choi Si-won was:
25

Sunny
Herself (as Girls' Generation)
Sunny was:
23

Yoona
Herself (as Girls' Generation)
Yoona was:
21

Seo Ju-hyun
Herself (as Girls' Generation)
Seo Ju-hyun was:
20