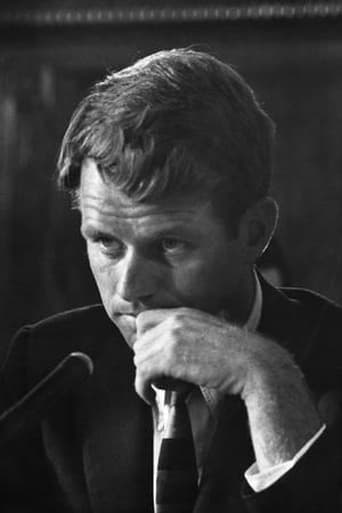 The Kennedy Who Changed The World
Robert F. Kennedy was:
93
Played: Himself (Archival Footage)
Tue, Mar 12 2019

Andrew Cohen on Crisis and Its Outtakes
Robert F. Kennedy was:
90
Played: Himself
Wed, Apr 20 2016

Beyond JFK: The Question of Conspiracy
Robert F. Kennedy was:
66
Played: Self (archive footage)
Wed, Jan 01 1992

Crisis: Behind a Presidential Commitment
Robert F. Kennedy was:
37
Played: Himself
Mon, Oct 21 1963